Why Should Your Business Use Native Zulu Translators? 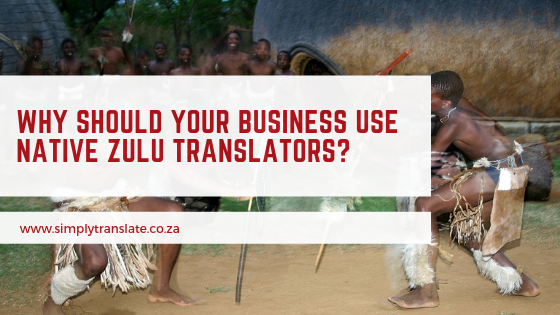 Zulu is a beautiful language and a member of Bantu/Nguni family of languages. South Africa has about 12 million native zulu speakers in Zululand, Northern Natal, Malawi, Lesotho and Eswatini also known as Swaziland.

Zulu Is One Of The 9 Native Languages In South Africa

Zulu is an official language spoken by the community in South Africa, especially in Gauteng and Mpumalanga, and understood by more than 50% of the population.

Zulu Is The Most Spoken Home Language In South Africa

The Zulu language is native to South Africa, Lesotho and Eswatini.

We Provide Native Zulu Translation Services In The Following Areas

Upload Your Zulu Documents For A Free Quote Within 2 Minutes.